Like my work? Let's set up a time to talk!
amber@2colordesign.com

“I am very proud of the work.  I appreciate working with clients that make award-winning projects possible,  and I value their partnership in pursuit of excellence.” said Amber Amburgey, founder and designer. “And it is an honor to have the work be recognized by my peers.”

The winners of the 2017 AAF SWVA AAA, as well as all the submitted work by marketing teams around the region, will be on display at The Wayne C Henderson School of Appalachian Arts in Marion, Virginia for the month of March.

About 2Color Design:
2Color Design is a graphic design company located in Southwest Virginia that specializes in creating branding and visual communications for small to mid-sized businesses. “We are passionate about creating effective design; what are you passionate about?”

For more information and to see samples of client work, please visit www.2colordesign.com.

Conducted annually by the American Advertising Federation (AAF), the local Ad Club phase is the first of a three-tier, national competition. Concurrently, all across the country, local entrants vie to win ADDY Awards – recognition as the very best in their markets. At the second tier, local ADDY winners compete against winners from other local clubs in one of 15 district competitions. District ADDY winners are then forwarded to the third tier, the national stage of the American Advertising Awards. Entry in your local Ad Club competition is the first step toward winning a national ADDY. 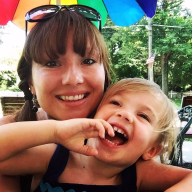